Any child who has been learning to play a musical instrument for at least 6 months is welcome to join the orchestra. There is no minimum standard requires, but it helps if you already know how to read music. We can provide easy parts or more tricky parts to suit the standard of the players.

The orchestra usually perform at least twice a year - in the Christmas service and in the Easter Music Evenings. From time to time, we also take part in workshops and concerts with orchestras from other local schools.

Apply to join the HJS Orchestra

The music evenings just before the Easter holidays are one of the highlights of the HJS school year. The orchestra open the show on both nights. This year, they accompanied the Concert Singers, in an uplifting opening number, One And  A Million. The singers surrounded the audience on three sides, singing in two parts.

The orchestra then played a version of Grieg's In The Hall of The Mountain King, followed by an arrangement of themes from The Force Wakens and Star Wars Rogue One, which we first played at the November Music workshop. (See below).

Orchestra starts up again in September 2019, although some members will be taking part in a schools' workshop at the University of Bristol in June.

On 14th November we took 23 of our orchestra members to Bristol Plays Music headquarters to play in an orchestra made up of 100 children from 6 primary schools, conducted by international conductor, Jonathan Lo. They rehearsed for three hours, with a short break in the middle, and then performed three pieces for an audience of parents, grandarents, brothers, sisters and friends. The pieces were really challenging, but the sounded fantastic. They played Mission Impossible; I Feel Pretty and America from West Side Story; and Simple Gifts, from Copland's Appalachian Spring.

HJS Orchestra will be working on these pieces for performance at school in the coming year. 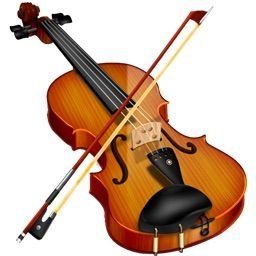